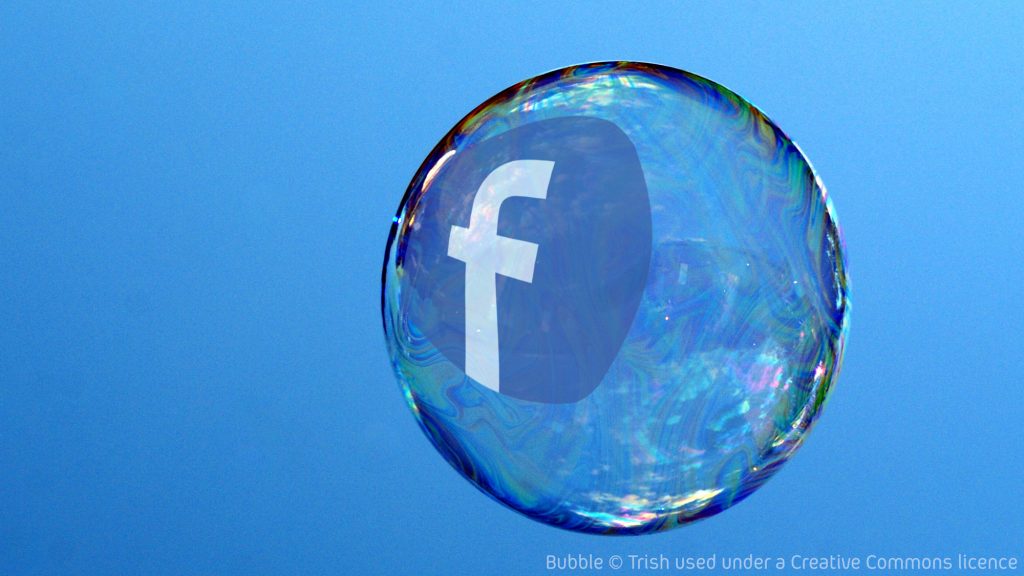 Why do people click so frequently on false stories? How do these lies spread so rapidly? It is certainly true that facts and non-facts circulate at a speed that would have been inconceivable before the Internet and social media.

Most people do not have the means, or perhaps inclination, to fact check the things that they see on social media. Psychologists say that all human beings have a strong confirmation bias, which makes us more likely to seek out and respond positively to information that confirms ideas we already have, rather than anything which opposes our ideas. So we will quickly believe anything that meshes with our particular worldview or psychological outlook, and dismiss anything that challenges us.

According to a recent study from Stanford University, students have a ‘stunning and dismaying consistency’ in being duped by fake news stories again and again. The results were described as ‘bleak’ and a ‘threat to democracy’.1

The ideas, whether true or false, spread through an 'information cascade'. One person shares something with a few friends, who each share it with a few of their friends, and so on. It relies on social proof. For example, imagine trying to choose between two neighbouring restaurants, one of which is busy while the other is empty. You are most likely to choose to go to the busy one on the basis that all the people in there must have had good reasons for choosing that one rather than the other. The trouble with such social proof is that the first couple of people may have gone into that restaurant for some reason completely unrelated to the food – maybe they're family members of the chef who will get a free meal. The next people to come along see them eating and enjoying themselves and assume it means the food is better than in the empty restaurant. That amplifies the effect for the next people, and the social 'proof' multiplies. 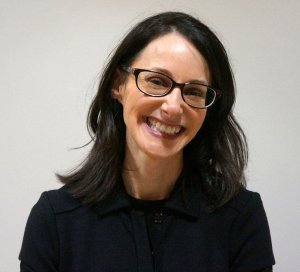 Information cascades can take place extremely quickly within social media, and becomes unstoppable. According to Danielle Citron, a lawyer specialising in online bullying and hate crimes,

Because people cannot know everything, they often rely on what others say even if it contradicts their knowledge. At a certain point, it is rational for people to stop paying attention to their own information and to look to what others know. People forward on what others think, even if the information is false, misleading, or incomplete, because they think they have learned something valuable. The cycle repeats itself, spreading information to many others in an information cascade.2

It's the ideas that connect with us emotionally which we share quickly as part of an information cascade. The boring rebuttal which comes along a little later doesn't stimulate the pleasure centres in our brains in the same way, so we don't share it. It becomes a mere information trickle.

the age of relentless and instant information – and uncertain truths – can be overwhelming. We careen from outrage to outrage, but forget each one very quickly: it’s doomsday every afternoon.3

This is compounded by the social media channel algorithms, which are designed to give us more of what these companies think we want. The Facebook news feed algorithm restricts what we see to the kinds of things we have already liked and clicked on. We therefore have our outlook on the world reinforced day by day through the things which appear in our timelines. 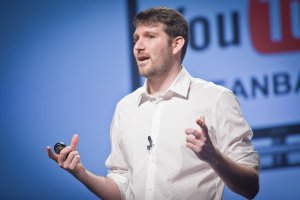 Eli Pariser, co-founder of Upworthy, coined the term 'filter bubble' in 2011 to describe this effect. He was concerned about how Google’s personalised search function results in us seeing information that reinforces our worldview rather than challenging it. Pariser argued even then that social media platforms should ensure that 'their algorithms prioritise countervailing views and news that’s important, not just the stuff that is most popular or most self-validating'. But that is not what we have: we're stuck in the filter bubbles.4

The social media world also seems to have given people the freedom to express racist and sexist views in increasingly strident terms – as demonstrated by Donald Trump and his followers, among many others. Within one filter bubble, such sentiments can be expressed freely, and are quickly reinforced by others expressing similar ideas. Meanwhile, in another filter bubble, entirely opposite ideas are circulating.

Academic and journalist Zeynep Tufekci argues that Trump's rise was 'actually a symptom of the mass media’s growing weakness, especially in controlling the limits of what it is acceptable to say.'5 He says,

As I watched this election season unfold, I wanted to gain a better understanding of the power of the Trump social media echo chamber. What I’ve been reading has surprised even my jaded eyes. It’s a world of wild falsehoods and some truth that you see only rarely in mainstream news outlets, or hear spoken among party elites. . . .

[Trump] uses Twitter as a kind of gut focus-group polling to pick up and amplify messages that resonate. . . . The Trump phenomenon is not simply a creation of newspaper columnists or cable news bookers who initially thought his candidacy was a joke to be exploited for ratings. His emergence shows the strength of his supporters, united on social media, who believe that the media is a joke.6

Truth stumbling in the street 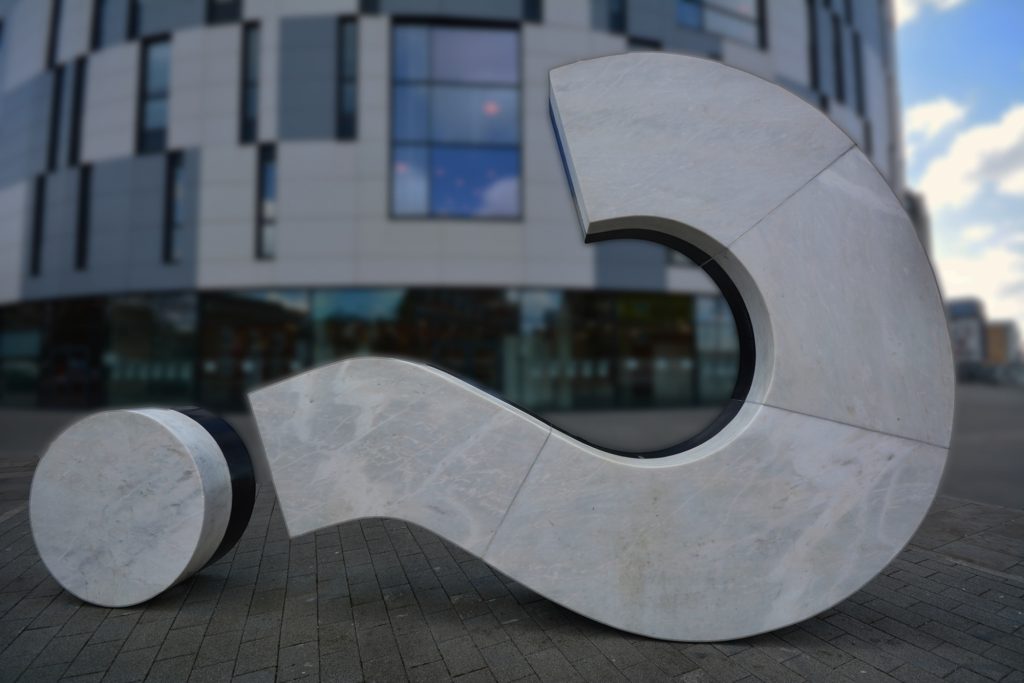 Katharine Viner points to the 'diminishing status of truth' in our current media context, saying:

'This does not mean that there are no truths. It simply means, as this year has made very clear, that we cannot agree on what those truths are, and when there is no consensus about the truth and no way to achieve it, chaos soon follows.'7

This situation brings Isaiah's assessment of his nation:

So justice is driven back, and righteousness stands at a distance; truth has stumbled in the streets, honesty cannot enter. Truth is nowhere to be found, and whoever shuns evil becomes a prey. – Isaiah 59:14

This is the nation that has not obeyed the Lord its God or responded to correction. Truth has perished; it has vanished from their lips. – Jeremiah 7:28

How should we respond?

Truth matters immensely to Christians, because we are followers of the one who is The Truth (John 14:6). To know him is to know the truth and to discover real freedom. Paul says that the church is 'the pillar and foundation of the truth' (1 Timothy 3:15). His focus is on the church having the task of 'promoting and protecting the gospel'8, but we cannot defend the truth of the gospel while being unconcerned about truth more generally. As John Calvin famously observed, all truth is God's truth.

How, then, are we to live in a world where truth stumbles and the post-truth information cascades easily sweep us along?

Part of the answer is that we must remain passionately committed to truth – even when it is deeply uncomfortable to do so.

We must commit to discovering the truth, which means we need to do our best to be sure of the sources of the information which comes our way. We must question the assertions that come streaming our way via our friends's Facebook likes and tweets, and not assume that 'social proof' means that anything is proved at all.

Andy Walton writes that one way of 'kicking back against the post-truth world' is to 'pay for good journalism':

It costs money to employ people to do a job and write to a high standard. This money comes partly from advertising – content which appears for free on your screen needs to be paid for somehow. Getting a subscription to publications you trust (and not complaining too much about the advertising you do encounter) is a good start.9

This also means that we need to commit to escaping our filter bubbles and actively finding perspectives which challenge our default positions.

We must commit to only sharing things in social media that we are confident about. We must not simply contribute to information cascades of emotionally appealing untruth. Instead, we should be prepared to challenge the false assertions and spin, to introduce alternative viewpoints, and to share fresh perspectives.

Above all, we need to be prepared to share a distinctively Christian perspective: that means what we share needs to be characterised by both truth AND grace (John 1:18; Ephesians 4:15). We should be taking whatever opportunities we can find to point people to the Lord Jesus Christ. Sometimes that means simply setting people on a path towards truth generally. 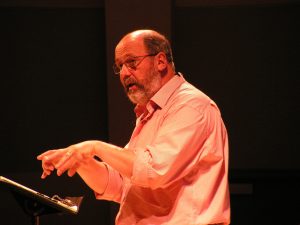 Prof. N.T. Wright says that the church has an important vocation of speaking truth to power – a prophetic challenging of the way the world is. He makes an interesting observation about Jesus's promise to his disciples that the Holy Spirit will 'prove the world to be in the wrong about sin and righteousness and judgment' (John 16:8). How will the Spirit do this? The context is of Jesus sending his Spirit to live in, and empower, believers. So presumably the main way that the Spirit convicts the world is through Spirit-empowered Christians speaking up and challenging a world which always wants to turn its back on The Truth.

Cracks in a post-truth edifice?

We may despair about our post-truth world, but not only do we have the Spirit living in us, he is also at work in hearts and minds of those who don't yet know him. I am intrigued by the fact that much the discussion about 'post-truth' is not rejoicing in it, but rather lamenting the state our society has reached. Could it be that a new desire for truth is just beginning to surface? We must pray that it is. 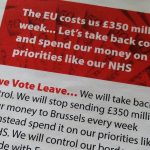 Amazing activity in the world of social media

Media are more than channels of information