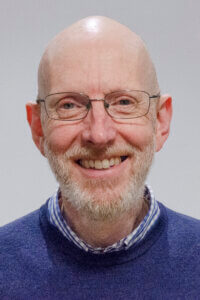 Tony Watkins is a speaker and writer on media, culture, and the Bible, and is doing doctoral research (through Cambridge Theological Federation) in the relationship between the biblical prophets and today’s media. He works both independently and in partnership with several organisations including Damaris Norway and the Lausanne Media Engagement Network (as Network Co-ordinator). He is an adjunct lecturer at NLA Kristiansand (Gimlekollen School of Journalism and Communication), Norway.

Tony has written, or co-written, several books including Focus: The Art and Soul of Cinema (2007) and Dark Matter: A Thinking Fan's Guide to Philip Pullman (2004).

Tony is married to Jane and they have three sons. They are very involved in Above Bar Church, Southampton, where Tony is part of the core teaching team of Formation School, and Jane is the Head of Children's Ministry.

For eighteen years (until July 2014), he was part of the core team of Damaris Trust, UK. He was the project co-ordinator for The Damaris Project from its inception (1996–2000). It merged with Solent Christian Trust in 2000 to form Damaris Trust. During this time he was, among many other things, responsible for establishing, editing and writing for Culturewatch, which became the Film & Bible Blog and Damaris Film Blog in 2013.

The Tony and Jane Watkins Trust is a UK registered charity, number 1062254.