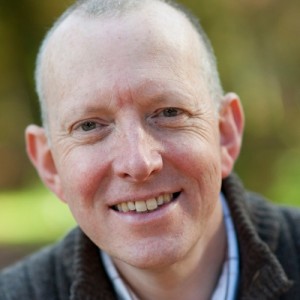 For many years, Tony has been teaching, training, and preaching in a wide range of contexts from church groups through to academic contexts and international conferences. He specialises in the relationship between contemporary media (especially film and television) and the Bible, and in the Old Testament prophets. The subject matter on which he regularly speaks includes the Bible (especially the Old Testament), worldviews, popular culture, media analysis, media production, missiology. He is very comfortable engaging with both Christian and secular audiences. As both a teacher and a trainer, he aims to help people learn in a variety of styles: multimedia, interactive workshops, facilitating learning through small groups, mentoring individuals, formal lectures, etc.

Tony started preaching in churches as a late teenager and has since been involved in a wide variety of up-front roles in many different contexts. Several years as a secondary school teacher gave him a good grounding in engaging the attention of a reluctant (sometimes even hostile!) audience. His five years as a staffworker with UCCF (Universities and Colleges Christian Fellowship) gave him the opportunity to develop his skills as a trainer as well as in teaching. He gained invaluable experience of speaking in a number of cross-cultural contexts during his eight-year leadership of the Congregational World Assembly of Youth, and subsequently in other contexts. After joining Damaris in 1996, Tony further developed his skills in helping people learn through interactive multimedia workshops as well as in more traditional teaching and training styles. Since leaving Damaris Trust in 2014, Tony has been a freelance speaker, trainer, and writer. He has been an adjunct lecturer at NLA Kristiansand (Gimlekollen School of Journalism and Communications), Norway, since 2003, and was a visiting lecturer at MF Norwegian School of Theology, Oslo, from 2014 to 2017.

Tony is an enthusiastic communicator who will happily speak or provide training on a very wide range of subjects but areas of particular expertise include:

For information on how to make a booking, click here.