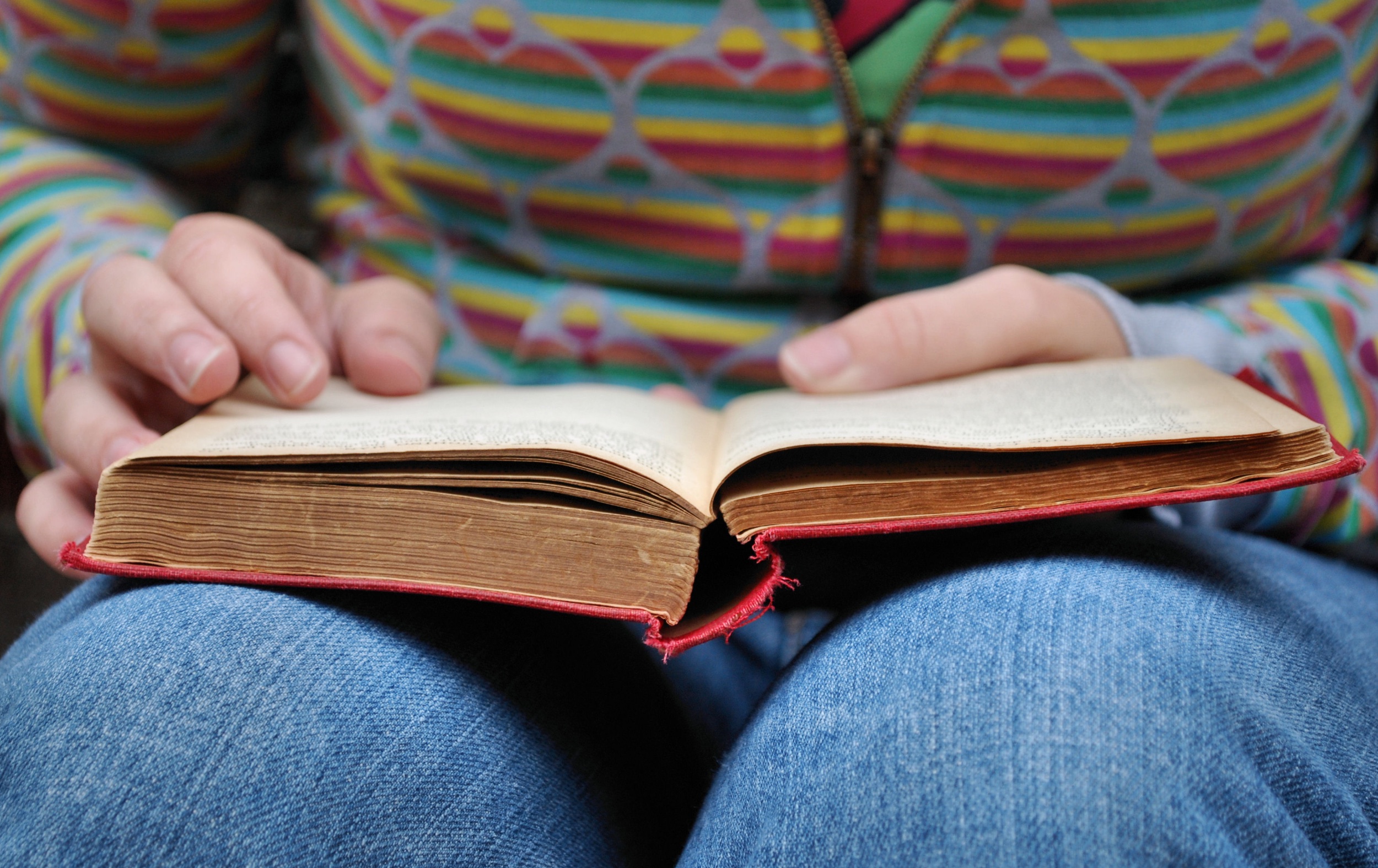 Back in 2004, Christopher Booker wrote a large tome entitled The Seven Basic Plots, which he had worked on for 34 years. He wrote out of a conviction that every story was a retelling of one of seven fundamental storylines:

While some writers praised him, others were highly critical as it led Booker to be critical of some classic works because they didn’t fit into his scheme. Some of his basic plots resonated with me more than others, but I didn’t ever make much effort to look at films through his grid as I wasn’t convinced it would help me in any particular way.

A Story of a Larger Kind

Long before Booker, J.R.R. Tolkien gave a lecture at the University of St Andrews which was later published as an essay, ‘On Fairy Stories’. Tolkien argued that the stories we tell (what he refers to as fairy stories are what we now generally call fantasy literature) are reflections in some way of the true story of the gospel – of God coming into our world in the person of Jesus Christ, dying and rising again to rescue us.

The Gospels contain a fairy-story, or a story of a larger kind which embraces all the essence of fairy-stories. . . . But this story has entered History and the primary world; the desire and aspiration of sub-creation has been raised to the fulfillment of Creation. . . . There is no tale ever told that men would rather find was true, and none which so many sceptical men have accepted as true on its own merits. . . . But this story is supreme; and it is true. Art has been verified. God is the Lord, of angels, and of men—and of elves. Legend and History have met and fused.

C.S. Lewis wrote, in his essay ‘Is Theology Poetry?’, about the way that the story of Jesus's incarnation, death and resurrection echoes, or is echoed by, old myths and legends:

Theology, while saying that a special illumination has been vouchsafed to Christians and (earlier) to Jews, also says that there is some divine illumination vouchsafed to all men. . . . We should, therefore, expect to find in the imagination of the great Pagan teachers and myth makers some glimpse of that theme which we believe to be the very plot of the whole cosmic story—the theme of incarnation, death, and rebirth.

If the Christian God really made the human race, would not the human race tend to rumours and perversions of the Christian God? If the centre of our life is a certain fact, would not people far from the centre have a muddled version of that fact? If we are so made that a Son of God must deliver us, is it odd that Patagonians should dream of a Son of God?

What Tolkien, Lewis and Chesterton are saying is that human beings, made in the image of God for a relationship with God, have an intuitive sense of the shape of the most important story there is – the gospel story. While their focus was more on ancient myths, legends, and fairy tales, it seems to me that we should expect the same to be true of all powerful stories which human beings tell. Because God has 'set eternity in the human heart’ (Ecclesiastes 3:11), we have a deep longing for God, though many people fail to recognise what this longing is. And somehow we have, hidden deep within us, an urge to tell stories that resonate to some extent with the true story of God’s rescue of lost people.

The Stories We Tell

Having been reflecting on this for a long time, a year or so ago I started to ask what story themes we keep coming back to within contemporary culture – especially in films. At the start of this year I was excited, therefore, to spot a new book by Mike Cosper, The Stories We Tell: How TV and Movies Long For and Echo the Truth (Crossway, 2014) as it seemed to be exploring the same territory.

As I read it, I was delighted to find that Cosper’s work resonated strongly with my own thinking in this area, and that it looked at many good examples of contemporary storytelling echoing the big story of the Bible. It seems that many Christians who look for theological echoes in contemporary culture are really only looking for obvious echoes of the death (and possibly resurrection) of Jesus. Mike Cosper is looking more widely at echoes of the big story of the whole Bible, as I had been doing.

Many of Mike Cosper’s themes are ones I had already articulated, while others were things I hadn’t really considered – especially chapter 10 (‘Honey Boo Boo and the Weight of Glory’), which looks at how our longing for fame and glory is rooted in a deep human longing which, like all of our longings, is easily misdirected.

I have settled, for now, on seven core themes in the stories we tell which reflect the overarching narrative of the Bible (and which overlap to some extent with Mike Cosper’s themes):

These are stories in which the central characters’ world of peace and tranquility is shattered by some event – usually due to some wrong human action. It’s an obvious echo of the story of the Garden of Eden. An example of this is Beasts of the Southern Wild

The first human rebellion against God in the Garden of Eden – the Fall – was an attempt to be free from God’s authority. We are constantly trying to break free of all sorts of things. Think of Elsa in Frozen as she sings ‘Let it Go’.

The world is clearly far from being paradise. Biblically, this is a direct consequence of our rebellion against God. Our response to it is to try to improve it. In Genesis 4, we read about Cain building a city and Tubal-Cain making tools. Those aren’t wrong things in themselves, but both are attempts to improve the world. A recent example of this theme is Interstellar.

Human beings instinctively recognise that the world is – as a result of the Fall – a very broken place (see this fascinating quote by Michael Chabon). The Bible is full of accounts of, and reflections on, our brokenness. One response is remaking the world, but there are other ways we go about overcoming brokenness: searching for happiness or meaning; trying to find some personal sense of purpose; seeking consolation in relationships; or simply trying to drown out the pain through a range of addictive behaviours. I think this is the central theme of Moonrise Kingdom.

By ‘monsters’ I don’t necessarily mean real monsters like Godzilla, but any oppressor or enemy. The world is full of monsters of various kinds, but our greatest enemy is the biggest monster of them all, the Devil. This is the theme at the heart of every superhero film and just about every fantasy film. But how about Toy Story 3, with its cuddly enemy Lots-O as our example?

Another response to our brokenness is searching for true love – not necessarily romantic love, but for a relationship in which someone truly loves us for who we are. It could be the love of a friend, a child or a community. We are made for love, of course: ultimately we will only be fully satisfied when we are in a loving relationship with God. It’s the heart of shalom. This is one of the most common of all themes in films and other media. How about Frozen as an example again? We assume that the classic Disney trope of ‘love’s true kiss’ from a handsome hero will save the day, but it turns out to be the true love of Anna for her sister.

The great sweep of the Bible's storyline is about the idea of ‘home’ in some sense. We were expelled from our home in Eden. The Promised Land should have been a peaceful home for God’s people but they ended up being exiled from it. In the New Testament, God comes into our world in the person of Jesus Christ and makes his home among us, and it culminates in redeemed humanity at home on the new earth in intimate relationship with God. The longing for home is the longing for shalom. There are many great homecomings in films – and they’re often profoundly emotional. When Frodo returns to the Shire in The Lord of the Rings, he’s not really at peace because of all that’s happened, and he needs to move on to a new home: the Grey Havens.

I don’t think this is a comprehensive list, and it doesn’t include all of Mike Cosper’s themes, but these seem to me to profoundly echo the big story of the Bible. I’d love to hear your thoughts and suggestions of other examples – please leave a comment below.