An interesting piece by Mike Cosper on The Gospel Coalition Blog about Walt Disney's announcement that it will not make any more princess fairy tales, at least for the foreseeable future. I was particularly struck by this observation:

I can’t help but wonder, though, if the cognitive disconnect between today’s families and the world of fairy tales isn’t rooted in something even more complex. Maybe the idea of long-suffering doesn’t connect to an instant-gratification culture. Maybe the idea of being part of a larger story (like the redeemed kingdom of Sleeping Beauty) doesn’t connect to a world of narcissism, where the story is all about us (like Hannah Montana). Maybe too, we hate the idea of being rescued. We’d rather believe that we could save ourselves.

By Fairest Blood – Snow White and the Huntsman 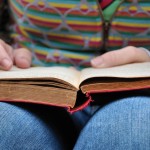 Pullman's next book reworks of the story of Jesus
© Tony Watkins, 2020
The Tony and Jane Watkins Trust oversees and supports the ministries of Tony and Jane Watkins in Christian training, education, and communication. It is a charity registered in England and Wales, no. 1062254.
Privacy policy