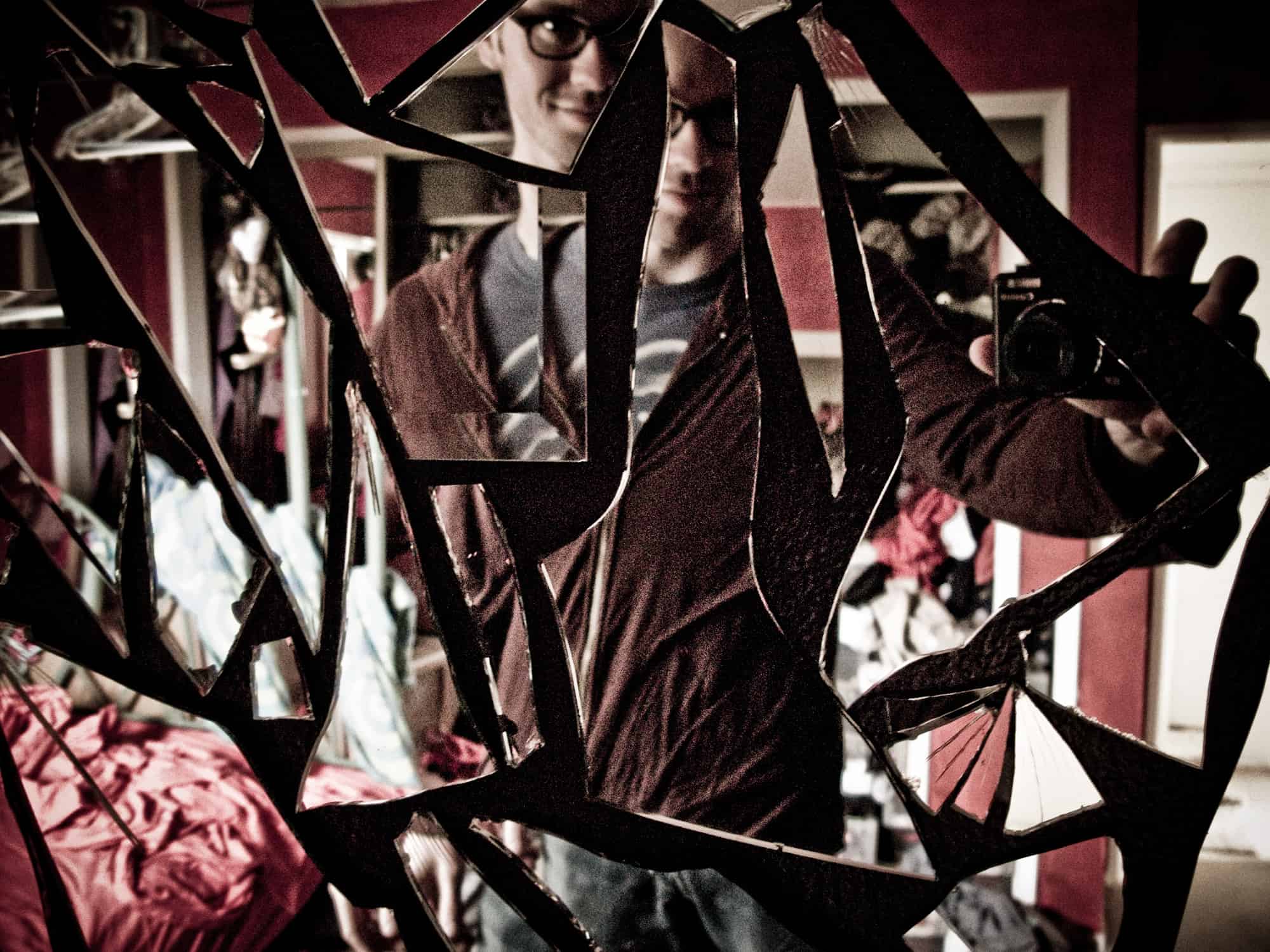 This is the second in a series of six posts, which was first published as an article in Anvil journal, Volume 28 No 3 (November 2012), and is published here by kind permission of the editor.

Adam and Eve were tempted by the freedom to make their own moral choices; they wanted to pursue wisdom on their terms, not God's. This brought humanity into rebellion against God, with the result that his image in us is damaged, twisted and broken. The consequences of this are seen in everything humans do and create. The urge for complete autonomy makes us push at -- or ignore -- the boundaries of morality. The urge to seek wisdom independently of God means that all kinds of ideas and worldviews are expressed within the media, and the Christian message is frequently excluded. The upshot is that all the art and culture we produce is tainted, to a greater or lesser extent, by our rebellion against God. How tragic that we use the very capacities and abilities that God has given us to resist him.

Zoë seems to overlook all this, and is too uncritical in her acceptance of media culture, while Marvin sees the dangers clearly and understands just how desperately the gospel is needed. They are both partly right and partly wrong, of course -- like all of us. We all see some things more clearly and get some other things completely wrong.

It is vital that Christians understand the consequences of the fact that all of us have two faces -- one reflecting God and one resisting him. It means that in everything we do and everything we create there is a double dynamic at work. All culture, including art and media, is the product of God's image bearers, yet all of it is the product of rebels against him. So all of it reflects God's image, and all of it reflects human fallenness. It is rare, if not impossible, that something manifests just one of these aspects. Tragically, it is all too possible for someone to use their artistic gifts, which are reflective of God's image, in order to give powerful expression to their rebellion. Philip Pullman is just one of countless examples we could list of writers and artists who do this explicitly.

It is worth reflecting on art and media in terms of the three traditional transcendental values of beauty, truth, and goodness. Beauty is the obvious one, of course, since our engagement with any art is, first and foremost, an aesthetic one. Beauty is, of course, highly subjective, but it somehow points beyond itself to something even greater, something transcendent. It ignites within us a sense of hope, or perhaps of longing, because our aesthetic sense is bound up with our spirituality. That's part of being made in God's image too. C.S. Lewis used the German word Sehnsucht for what he called the 'inconsolable longing' in the human heart for something elusive. It was, for him, intimately tied up with the experience of joy, the key quality of which is 'that of an unsatisfied desire which is itself more desirable than any other satisfaction'.1

A character in Dostoevsky's The Idiot famously claims that 'Beauty saves the world.' When Alexander Solzhenitsyn won the Nobel Prize for literature, in his acceptance speech, he quoted Dostoevsky, and remarked that he had come to believe that he was right. He said:

There is, however, a certain peculiarity in the essence of beauty, a peculiarity in the status of art: namely, the convincingness of a true work of art is completely irrefutable and it forces even an opposing heart to surrender.2

Solzhenitsyn ties truth to the concept of beauty. Tolkien makes the connection between beauty and goodness when he writes, 'evil and ugliness seem indissolubly allied. We find it difficult to conceive of evil and beauty together.'3 Truth and goodness are as important in art as beauty, but sometimes harder to grasp (they are more obvious in literature or film than in music, for example). That is not to say that art should always make a point, or communicate some moral or religious message -- that diminishes it into propaganda, not art. Nevertheless, good art and media will always express, or at least remind us of, truth, goodness and beauty.

Good art should have integrity, and it should be honest about life. That means art should never solely deal with nice things -- beautiful sunsets, pastoral idylls, and glowing hearths -- which is why the work of the late Thomas Kinkade is, to my mind, lacking in integrity. Art must sometimes show us the darkness and broke nness of life, as in Slumdog Millionaire4 or Paddy Considine's harrowing but powerful and tentatively redemptive Tyrannosaur.5 Occasionally a film manages to convey both the beauty and brokenness of life, as Terrence Malick does in The Tree of Life.6 Sometimes it needs to draw our attention to the alienation felt by apparently successful people, as in Up in the Air.7 It needs to remind us of both the nobility of human heart, and its corruption. It needs to bring us insights, and expose our misunderstandings. It needs to ask searching questions about life and reality, and sometimes we need to encounter works that don't pretend to have all the answers, such as the Coen brothers' A Serious Man.8 Sometimes art and media should be making us deeply uncomfortable.

Narrative art forms, such as films and literature, enable us to see the world through other people's eyes, which is immensely valuable to us in helping us understand and respond to those who don't see the world in the same way we do. Lewis writes,

Those of us who have been true readers all our life seldom fully realise the enormous extension of our being which we owe to authors. . . . My own eyes are not enough for me, I will see through the eyes of others. Reality, even seen through the eyes of many, is not enough. I will see what others have invented. Even the eyes of all humanity are not enough. I regret that the brutes cannot write books. Very gladly would I learn what face things present to a mouse or a bee; more gladly still would I perceive the olfactory world charged with all the information and emotion it carries for a dog. . . . But in reading great literature I become a thousand men and yet remain myself. Like the night sky in the Greek poem, I see with a myriad eyes, but it is still I who see. Here, as in worship, in love, in moral action, in knowing, I transcend myself; and am never more myself than when I do.9

Good art – whomever it is by, and whatever the medium by which it comes to us -- moves us emotionally, confronting us with the truth of the human condition, prompting us to respond to the brokenness of our world, and to open our eyes to signs of God's grace at work. It will also stir up the deepest longing of the human heart: the longing for peace with God, which is exactly what Lewis discovered was the ultimate goal of his experience of Sehnsucht.

Read Part Three in this series of six posts