The failure of His Dark Materials film trilogy

I stumbled across this yesterday, having missed it when it was published in The Guardian last year:

The actor Sam Elliott, who starred in the 2007 adaptation of the first novel, Northern Lights (the film was called The Golden Compass), said earlier this week that books two and three were not being filmed due to a successful campaign by America's religious right. The Golden Compass grossed more than £230m around the world, but was less successful in America, where the Catholic League for Religious and Civil Rights called for a boycott on the grounds that Pullman's books introduced children to atheism.

Pullman, 63, told the Western Mail: "If Sam is right then I am very disappointed because it obviously would have been very good to have seen the other two films made."

Catholic League leader Bill Donahue has said he is "delighted" by the effectiveness of his religious boycott – "I knew if we could hurt the box office receipts here, it might put the brakes on the next movie."

Pullman said of Donahue's triumphalism: "It's disgusting, but only the sort of behaviour I expect of these people. It's rubbish [that the Golden Compass introduces children to atheism]."

He added that he was particularly disappointed because the film adaptation of Northern Lights finished about three quarters of the way into the book. "So there were a number of very important scenes that were shot and were very good, but we didn't see them in the film.

"Their justification was that they were going to use the scenes they'd shot, but at the start of the second film. It sort of made sense, but if what Sam Elliott says is true we won't see those scenes."

This is not why the His Dark Materials film franchise has stalled. It's because Chris Weitz - the man who almost begged for the chance to helm it - made a lousy film. It is visually stunning with excellent effects and a stirring (if over the top) score, and some of the performances are great (Nicole Kidman and Sam Elliott are spot on). But Weitz mangled the story, alienating many fans and confusing people watching it without having read the book. He shouldn't have binned Tom Stoppard's original screenplay, which I've seen and was rather good.

The single biggest problem was reversing the order of two major incidents from the second half of the book: the battle at Bolvangar and Lyra's encounter with the bears on Svalbard. Weitz evidently wanted an exciting fight finale, but in doing so he made the scenes on Bolvangar utterly irrelevant, with no motivation and no consequences to speak of. I understand his reasoning for holding the key climactic scenes at the end of the book for the beginning of the second film, but I still think it was absolutely the wrong move. Keeping them in would give the film the darker edge which makes the end of the book so compelling.

However much Bill Donahue congratulates himself for an effective boycott, I seriously doubt whether it hit the US box office hard - boycotts often generate quite a buzz and prompt people to watch a film they would otherwise have overlooked. And that certainly wouldn't have hit the international box office. No, it was a damp squib because people just didn't like it. And nor did the critics - it scraped just 42% on Rotten Tomatoes. The bottom line is that its bottom line was just not good enough - in a recession-constrained film industry it would have needed to make much more money for New Line to run the risk of letting Weitz loose on The Subtle Knife. 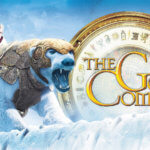 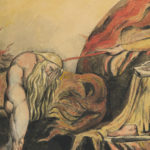