Roger Ebert's comments about 'Antichrist' by Lars von Trier
Roger Ebert, 'Cannes #5: Even now already is it in the world', 17 May 2009

Roger Ebert, film critic of the Chicago Sun-Times is at the Cannes Film Festival, where he's just endured the latest film from the Danish director/screenwriter Lars von Trier. It sounds dreadful:

There's electricity in the air. Every seat is filled, even the little fold-down seats at the end of every row. It is the first screening of Lars von Trier's "Antichrist," and we are ready for anything. We'd better be. Von Trier's film goes beyond malevolence into the monstrous. Never before have a man and woman inflicted more pain upon each other in a movie. We looked in disbelief. There were piteous groans. Sometimes a voice would cry out, "No!" At certain moments there was nervous laughter. When it was all over, we staggered up the aisles. Manohla Dargis, the merry film critic of The New York Times, confided that she left softly singing "That's Entertainment!"

Whether this is a bad, good or great film is entirely beside the point. It is an audacious spit in the eye of society. It says we harbor an undreamed-of capacity for evil. It transforms a psychological treatment into torture undreamed of in the dungeons of history. Torturers might have been capable of such actions, but they would have lacked the imagination. Von Trier is not so much making a film about violence as making a film to inflict violence upon us, perhaps as a salutary experience. It's been reported that he suffered from depression during and after the film. You can tell. This is the most despairing film I've ever have seen.

Roger Ebert on Jason Reitman's Up in the Air

Simone Weil on Good and Evil in fiction 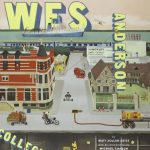