Three key characteristics of Hebrew poetry, which forms much of the prophetic writing, are terseness, parallelism, and use of figures of speech (see here).

Hebrew poetry is very concise and compact, using few words in short lines. There are few conjunctions (‘and’, ‘but’, etc.), though translations into modern languages often add them to help clarity.

Words are often dropped out of the second of a pair of lines, leaving the reader to infer them. This is called ellipsis (the verb is elide).

Bring your sacrifices every morning;
[bring] your tithes every three years.

Thorns will overrun her citadels,
nettles and brambles [will overrun] her strongholds.

Most, but not all, Hebrew poetry makes uses of parallelism. Lines (cola; singular: colon) are usually in pairs, sometimes in triples or more.

The second line (and any subsequent line) repeats the idea in the first line, developing it in some way, often subtly.

A    They sell the innocent for silver,
B    and the needy for a pair of sandals.

b. Inverted (or chiastic) parallelism

This is a form of synonymous parallelism, but the order of elements in the lines is reversed.

Ephraim will not be jealous of Judah,
nor Judah hostile toward Ephraim.

(lines B and D contrast lines A and C) 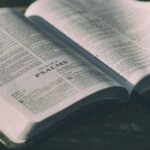 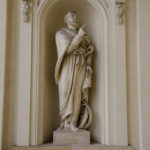 Key questions about texts in the prophets 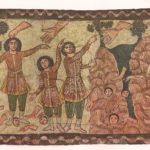 Genres within the prophets 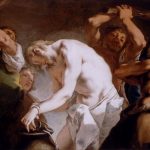